In order to find the source size and location, MiSolFA adopts an indirect imaging technique similar to STIX: a pair of parallel grids is placed in front of each photon detector.  The grids and the detector form a “subcollimator”, which provides information about one Fourier component of the image (two real values).

The moiré pattern, produced by the pair of grids in front of each detector when the source angular size does not exceed the ratio between the grids period and distance, is sensitive to the source location along one direction (orthogonal to the slits).  Two point-like sources displaced along this direction will produce similar modulation patterns, but with different phase. 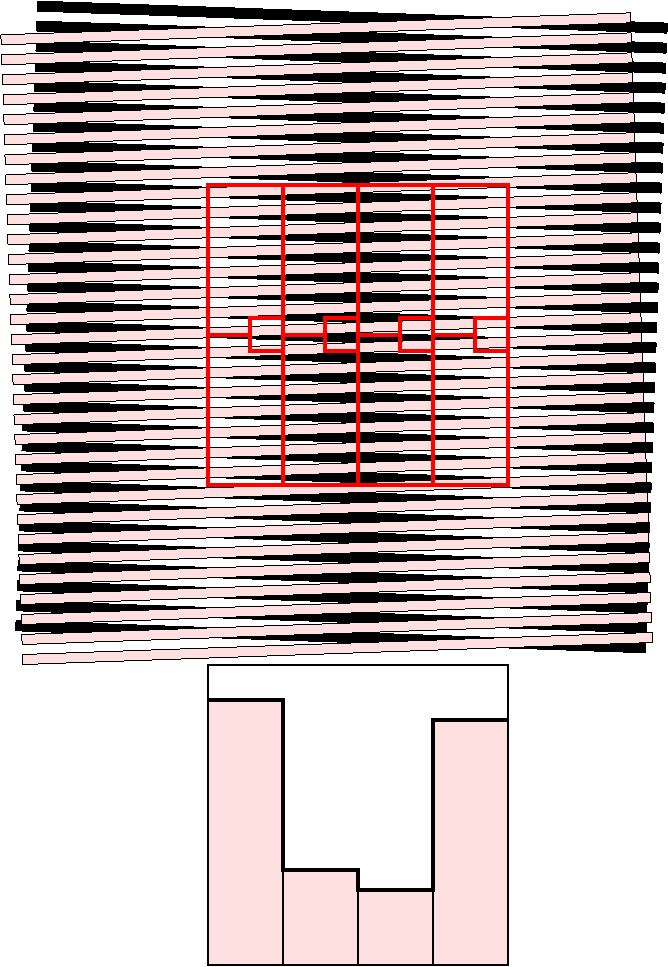 Subcollimator response to point-like source.  A minimum of 4 pixels spanning one moiré period is required to reconstruct amplitude and phase of the modulation.

In addition, the amplitude of the modulation, or equivalently the contrast of the moiré image, changes as a function of the source size.  The maximum amplitude is obtained with a point-like source, whereas an extended source with angular size comparable with the characteristic scale of the subcollimator.

Thus, a set of subcollimators sampling different angular scales along independent directions is required to mathematically reconstruct an image of the X-ray emitting source.